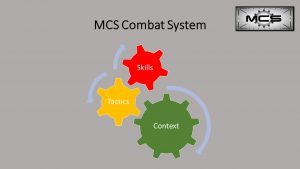 Provides extensive threat analysis that uses a generic template to identify not only your current threats but who, how and where these threats are most likely to occur.

Also, you will understand and make use of the important ‘Timeline’ concept for use especially when involved in armed encounters. You will use CONTEXT to prepare in advance for certain identified threats especially when entering hostile environments.

This section of our training covers how to use your physical and psychological skills to control hostile situations. Expecting just to stand in front of an enemy square on waiting for the attack to happen will not work in your favour. How you act, how you stand and how you move can be used to your advantage. Your enemies will not attack you in easy ways allowing you to deal with them, so you need to gain advantage at every opportunity. Multiple attackers may seem like chaos but out of all the different attacks that may happen there is only ever going to be one target and that is YOU so learn to use tactics and psychology to gain the advantage

The Machine is a core set of gross motor movements that can deal with any form of attack. These core movements, just like a machine, are cyclic and they are trained to be an unconscious competence skill. This means you will not have to consciously think about HOW you are going to respond you just need understand the OUTCOME required of the techniques. Outcomes are usually one of four options which are taught as part of the Tactics section and are more relevant to multiple attackers to give you timing and positioning for the next attack.

The Machine can be learned over a short, but intense period. Which means to become proficient will not take years of training but like all skills will take commitment to train them.

The Machine is transitional which means once you have the core skill then weapons such as the knife, baton even firearms can be absorbed into the same movements and used. Armed or unarmed The Machine always remains the same.

Because of the simple and repetitive gross motor movements training in The Machine is ideal for Military, police, CP teams, armed responders and Self Defence/Combative orientated groups.

Due to the Covid-19 outbreak all seminars and team training have been postponed until further notice.

Keep yourself and loved ones safe. Continue your training at home as much as possible.